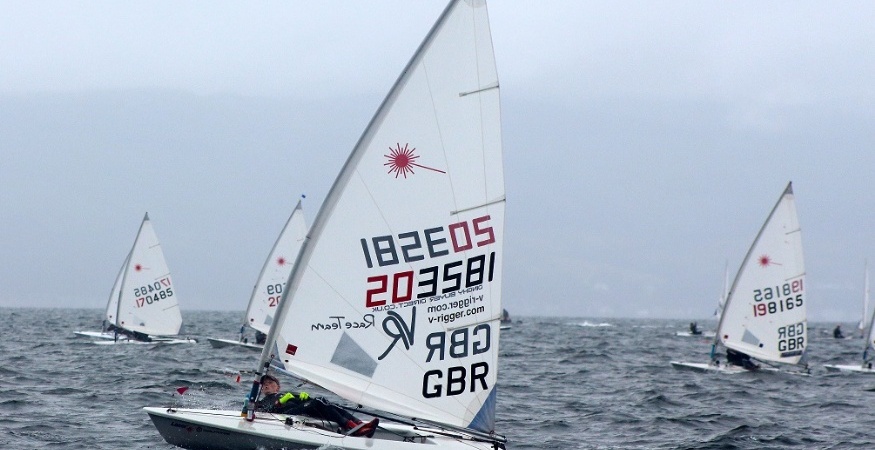 The RYA UK Youth Squad Programme is designed to enable the best British sailors to develop their racing skills so that they can achieve on the international & Olympic stage. It is aimed at sailors with the potential for world-class performance, who can win medals at The European & World Championships.

Edward became Topper (Dinghy) World Champion in 2012, whilst competing in Holland, after which he moved into the Laser 4.7 (junior rig).

In 2013 he won the Silver fleet at the Inlands, in the extremely fast Youth 29er double hander dighy category. This year Edward has been racing his Laser in sailing competitions around the Country.

For Edward securing a coveted spot on the UK Youth Squad has brought him a step closer to his Olympic dream and paves the way for him to attend the International Sailing Federation Youth World Championships being held In Malaysia later this year.

When asked how it feels to have been selected to the UK Youth Squad Edward was naturally excited. “It’s a great feeling ” he said; “I’m passionate about sailing, and the boats performing well for me, so to be selected for the UK Youth squad is such a boost and I’m looking forward to meeting the coaches and the rest of the squad.”

When Edward is not sailing; he’s busy working towards his A-levels at Alcester Grammar Sixth form and he’s also learning to drive.

To compete in as many Qualifying events as possible at an international level Edward is working on a number of fundraising initiatives.